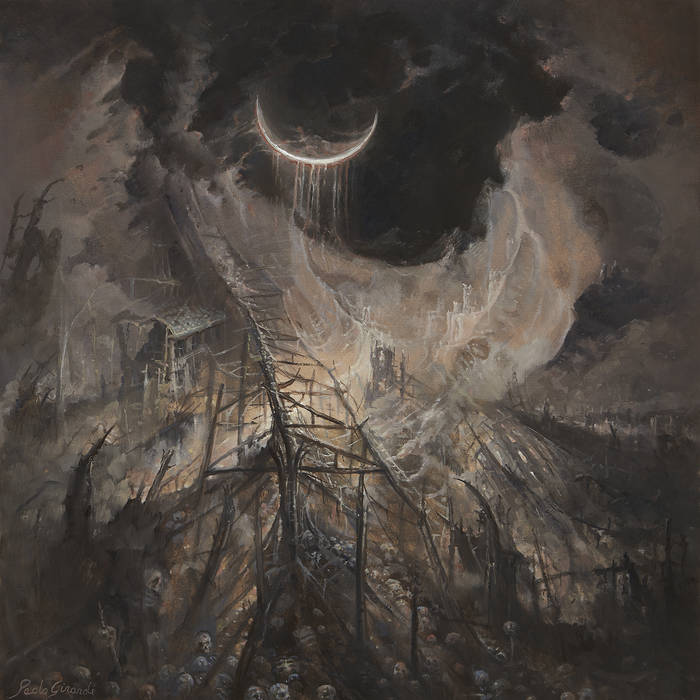 We are six guys from Verona, Italy very attached to each other, some of us grew together some of us came along later, but we all go way back more than ten years and we trust and support each other.

We plunge ourselves in the depth of our consciousnesses to give the listener an almost out of body experience. We seek trascendece and a unique state of suspension in time and space. Our genere could be defined as atmospheric post metal, but we don't like definitions too much, we just want to destroy reality with music. We aim to elevate our audience to another level of consciousness and to enrich everyone who may listen to our songs.

WOWS was born in 2008 in Castelnuovo del Garda, Italy.
We recorded a first album in London called War on Wall Street, in free download on our bandcamp. This is an alternative brit rock album, definitely not polite though and with some hidden boiling rage and sad landscapes. The video of Model Soldiers was published on Rolling Stone Web in 2012, then Nice Day was published on SAE Institute Magazine and Harlot’s House on Rockit, this last one is one of our most atmospheric songs ever written. Rolling Stone said about us that we made a new and original kind of rock with a great deal of international influences.

Between the first and second album we recorded Monster Eyes, a very emotional song originally written by our bassist Pierluca. We consider that a passage that leads from the first experiences to our true artistic path. We uploaded it on our bandcamp on February 18th of 2014 and it is possible to download it for free.

We started recording AION in march 2015, and we decided for a live session on tape. With this work we think we found our way to express ourselves. AION is a one hour live trip of doom sludge atmospheric metal. AION wants to take a listener’s mind to another level of consciousness, it is a pathway through light and darkness passing by emptiness and bliss, absence and unity. AION can also summon the other world and turn hate and rage into positive Energy. AION is inspired by doom metal and post rock bands such as Pallbearer, Inter Arma, ISIS as well as Neurosis, Tool and Pelican. We suggest to use AION full blast to destroy reality.

Later on the same year we inked a deal with Argonauta Records and AION was published on the 26th of November 2015.

From 2016 to all 2018 we shared the stage with the most interesting bands of the Italian metal underground scene such as Postvorta, Sunpocrisy, Sedna, Lambs, Hate & Merda, Filth in my Garage, My Home on Trees and with other foreign bands as well such as Ecstatic Vision, CHRCH, Behold! The Monolith, Tides of Nebula, Bologna Violenta, Fuzz Orchestra, Ornaments and many more.

We decided to tribute our work AION with some videos. The first by Train’s Explosion one was filmed in Santa Maria in Chiavica church in Verona while we played AION full set in front of our friends, we extracted the song Riwka from it. The second one, Nemesi, is a movie-like video made by Thaumatrope. The third one is a colossal film-like videoclip by Rami Factory and directed by Rosamaria Montalbano. We made a fourth video of the song Alaska from our highly intimete and introspective performance at Dio Drone Fest VIII - AEON.

We finished the recordings of our third LP, Ver Sacum.

Bandcamp Daily  your guide to the world of Bandcamp

Khruangbin and Greg Foat stop by with their amazing new LPs.